“Édua Amarilla” Zádory, which means „glistening moonrise“ in Hungarian, was born in the southern Hungarian town of Kecskemét. At the early age of seven, Édua’s outstanding talent on the violin became evident. Taking part in a competition at the Franz Liszt-Musikhochschule, Édua wowed the judges with her exceptional talent and was offered a scholarship at this outstanding Swiss institute of music. In 1992 Édua began to study under star violinists Habib Kayaleh and Tibor Varga. One of the greatest violinist of the 20th century, Yehudi Menuhin, recognized Édua’s exceptional talent. He invited her to join his master classes at Gstaad, Switzerland. 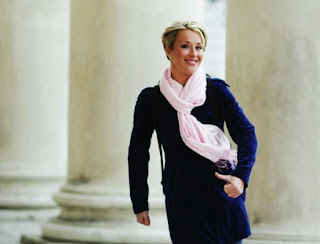 In 1997 Vienna, the city of music, became the center of her life. At the University of Vienna Édua studied under highly acclaimed teachers Günter Pichler and Ernst Kovacic.
Concerts around the world contributed to her international career. Together with colleagues Christian Altenburger and Benjamin Schmid a series of solo concerts followed in the Golden Hall of the Wiener Musikverein. In 2005 the „Hungaria Piano Trio“ - Tamás Varga, Édua Zádory und Balázs Szokolay - was formed.
Numerous TV and radio performances (in Hungary, Switzerland, Austria, Belgium, France) as well as CD productions by Hungaroton followed.
Hundreds of music lovers were fascinated by Édua’s solo performances in Europe and at highly acclaimed festivals like the Bariloche-Festival „Lao Lao“ and in El Borges di Buenos Aires. At the Teatro Nacional di Santo Domingo 1500 people gave Édua a standing ovation after her interpretation of Vivaldi’s „Four Seasons“. 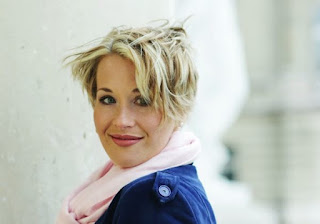 Édua Amarilla, the „glistening moon“ has recently risen to stardom in places as remote as Iran, Morocco and Turkey. In 2009 Èdua Zádory in Duo with Anastasiia Dombrovska won first prize at the prestige Gaetano Zinetti international chamber music competition in Sanguinetto / Verona.

October 2011, she became professor at the Kunstuniversität Graz.
Future engagements include solo performances with the Vilnius orchestra and the world premiere of a new piece written especially by Johanna Doderer for Edua Zadory in Vienna.

She is looking forward to teach students of the Al Quds University College of Music and to present with them new chamber music cycles in Jerusalem and Abu Dies.