The Value of Music in our Lives


A lecture by Aglaia Maria Mika
Friday, October 5th at 19.00  at the Hamam Al Shifa at the Centre for  Jerusalem Studies 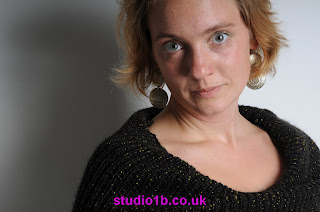 Aglaia Maria Mika (mezzosoprano) has gained appreciation for her performances by fusing vocal warmth and expertise with academic background knowledge, philosophical narrative, percussion and dance. Trained as an actress and speaking several languages fluently, her concerts have been well received in several countries. Yearning for a humanitarian way of practicing her musical art, she also gained master’s degrees in religious studies and music therapy in the UK. During her vocal studies with Jessica Cash, she read Comparative Literature, Philosophy and Mysticism at the University of Kent. As a visiting lecturer, she has taught practices of sacred music at the University of Kent and the Guildhall School London. As a singer, she also received tuition from Julius Drake, Richard Stokes, Mhairi Lawson, Marie McLaughlin, Dame Emma Kirkby and Paul Esswood. Specialising in Early music, she has sung with Nikolaus Harnoncourt, Robert Aldwinckle, Arnold Schoenberg Chor and the Guildhall Consort at Styriarte, Komponistinnen Festival Zurich, Europaeisches Kirchenmusik Festival, Bregenzer Festspiele, Barbican, St. Paul’s Covent Garden and Canterbury Cathedral.


Aglaia combines working as a music therapist in addiction counseling with a busy performing schedule. Engagements include vocal soloist/percussionist with the Fellowshippe of Musickers, Castitas in Ordo Virtutum by Hildegard von Bingen with Ars Choralis Coeln and and Second Witch/Spirit in Dido & Aeneas by Purcell with Ad Parnassum. She further forms an improvisation duo with a cellist, having studied improvisation as part of her vocal- and music therapy degree at the Guildhall School of Music and Drama, London.
Sponsored by the local government of Vorarlberg/Austria, she is giving concert performances and teaching music therapy workshops at Al-Quds University.